Founded in the 12th century by William de Lovetot, Sheffield holds its name from River Sheaf. During the Medieval period, Sheffield was a small town where people used to do part-time farming.

Sheffield was extremely popular for the manufacturing of steel since the 14th century. The proximity to grinding stones, power stations and iron ore has made it a perfect place for steel manufacturing. During later stages, Sheffield was started getting significant recognition in cutlery manufacturing. It was mainly because of Flemish immigrants who travelled to the town along with a lot of skills and expertise that allow cutlery market to go through a drastic transformation. By the 14th century, Sheffield became home for the cutlers, brewer, shoemakers, blacksmith, carpenter, baker, butcher etc. 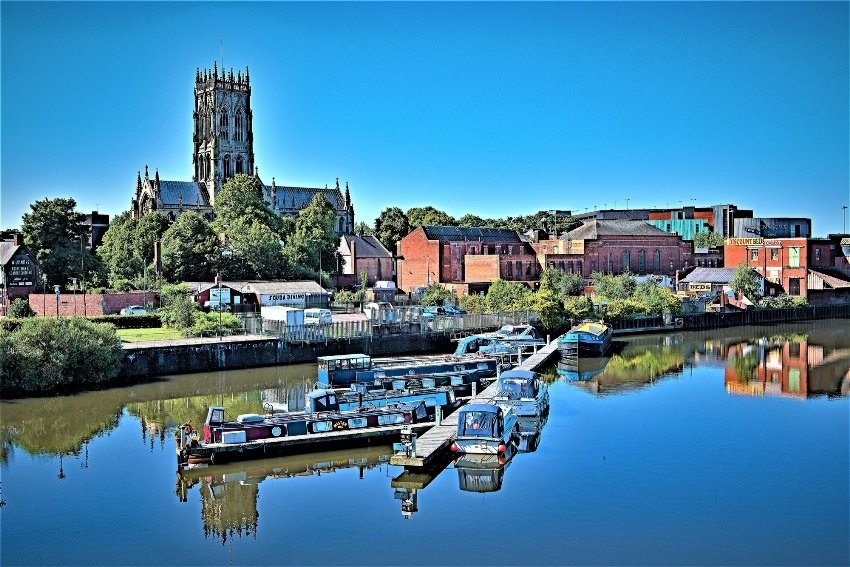 By the end of 16th century, Sheffield became extremely popular for the trade in cutlery. In spite of the highly booming market of cutlery, the financial status of residents in the town didn’t improve significantly as most of the people needed to rely on charity. The 18th century was the time when Sheffield has witnessed much development concerning both infrastructure and employment. In the year 1707, a charity school was established. Several hospitals, galleries and theatres were also built during this period.

During the 1st and 2nd world war, Sheffield was considered as a key centre for armaments manufacturing as a result of that it was suffered continuously from the threat of the bombardment from the enemies. The town witnessed much damage during the war period and each time the development needed to be done from the bottom.

During the 19th century, the population of Sheffield crossed 30,000 and it was ranked in one of the largest towns in England during that period. Just like other towns, Sheffield also faced significant issues in the field of health and sanitation. Authorities needed to take a few necessary decisions that resulted in significant development in the medication field.  At the end of the 19th century, the iron industry in Sheffield witnessed a substantial boom as several companies have figured out a way to produce high-quality steel.

By the beginning of the 20th century, Sheffield had a population of more than  400,000. It is mainly because of extended boundaries that include Wadsley, Handsworth, Dore, Greenhill, Totley and Beauchief. After the mid-19th century, several council houses opened in the city. Castle Market shopping Centre and Meadow Hall Shopping Centre were also constructed during this period.

In the 21st century, Sheffield city has prospered and thrived very rapidly. The Millennium Galleries and National Ice Centre inaugurated during this period. Today, the population of the city has almost touched a 600,000 mark. Because of its excellent climate and transport facilities, the city attracts thousands of tourists from different corners of the world every month. The city has also progressed a lot in terms of commercial businesses like shopping malls and restaurants. Today, Sheffield hosts some of the best landmarks such as museums, churches, parks, cafes and much more. It is also making tremendous progress in the field of education as the city boasts some renowned universities and educational institutes.